Country Day School, located in Pinellas County, Florida, is a nationally and internationally recognized school with a comprehensive curriculum for students age one through 8th grade. The academic program embraces best practices from Montessori and preparatory approaches to education. The school is on 14-acres of beautiful property within a safe, residential community. 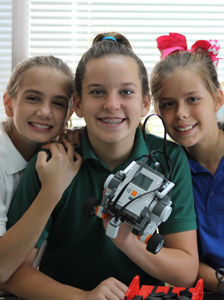 Country Day School was originally founded in 1974 as Countryside Montessori. The initial objective was to provide a high quality education to preschool age children in a semi-rural setting. The school experienced rapid growth in its early years, and by 1978 many parents were requesting the addition of an elementary school; Country Day Academy was opened to meet that need. Over the next 10 years the school expanded its campus and programs to serve 2-year-olds through 8th Grade students.

In 1999, the administration initiated a five-year comprehensive improvement plan to create a world class school. It addressed all aspects of education including curriculum, faculty, campus and facilities. In 2002, Country Day School successfully achieved its five year re-accreditation with the Florida Council for Independent Schools and the Florida Kindergarten Council. Additionally, the school received the highest recognition in the Montessori field by becoming the first in Pinellas County, and one of only a small number in the U.S., to be fully accredited by the American Montessori Society (AMS).